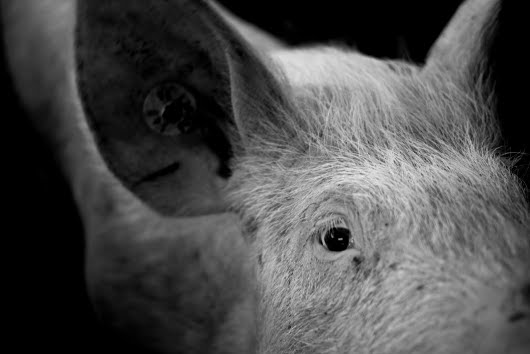 Matthew Herbert has announced the impending release of his One Pig album, recorded entirely from the noises made by a pig he followed through birth, life, butchery and consumption.

One Pig, due out on October 10, is the third and final part of an album trilogy from the English producer famed for his abstract and often politically charged approach towards making music. First was One One, which saw Herbert perform all instrumentation and vocals single-handedly, while One Club was fashioned from field recordings taken from a single night inside Offenbach’s hallowed Robert Johnson club.

The concept behind One Pig has already seen Herbert fall foul of animal rights organisation PETA, who want the album banned. You can read the blog Herbert set up to chart the life and death of the pig here, which also includes a damning statement from PETA and the musician’s response.

Herbert will present a live version of the record at London’s Royal Opera House in early September, as part of the Just Tell The Truth festival. The logistics of this life performance, we think you’ll agree, are most intriguing. All full album launch (lunch?) is expected to take place the following month.

The album is scheduled for release on October 10 on Herbert’s Accidental Records label. Check out the full tracklisting below.