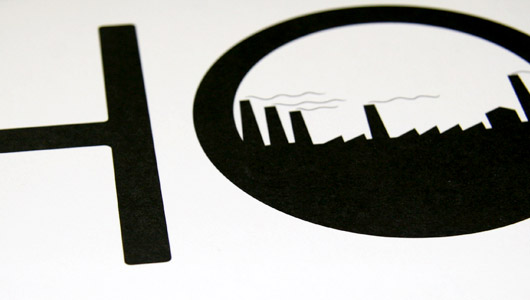 Eschewing the obvious inclinations one gets the week after Sonar – draw the blinds, turn off the phone and settle into season four of Mad Men – the Juno Plus editorial team bravely soldiered on, and were justly rewarded with a flurry of fine releases.

Memories of Sonar By Day came flooding right back when the latest 50 Weapons release from Cosmin TRG dropped, containing just the sort of incendiary techno the Romanian filled his 45 minute set with last week. Even more thrillingly Fizic provides an auspicious peek at what his forthcoming debut album for Modeselektor’s label will sound like. If you like your techno a bit more suited for the dark places then UK talent Sigha wasted no time in dropping another must check twelve on his own imprint Our Circula Sound replete with Ruskin and Shifted remixes. The Politics Of Dying is just as sharp as Sigha’s Hotflush release but thankfully no papercuts were suffered in the review process. Sandwell District entered Phase 3, which sounds quite exciting, by introducing our senses to Rrose whose twelve inch served up two stunning tracks.

Uncanny Valley’s continual rise to well deserved prominence was further charted with the Dresden labels fifth release, this time a solo outing from Jacob Korn which came backed with some fine remixes from Iron Curtis and John Talabot. The lesser spotted Mr Beatnik returned to the art of releasing records with a splendid twelve on London label Don’t Be Afraid which demonstrated all nuances of the producer’s swagger and came with a bonus Architeq recut – Floating Points vibes aplenty on this drop. The words ‘Alden Tyrell and Clone’ or ‘Moodymann and remix’ are commonly followed by a scramble to buy whatever records they refer to and both the Jack for Daze T Project 12″ from the Dutch legend and KDJ’s refix of a Robotnick classic for NDATL maintain this status quo. We also suggest you check out the highly arresting LP from relative unknown Kuba Sojka on Mathematics, the Chicago based imprint that is enjoying a vintage year.

In the realms of discoteria it was a suitably plump week with a 40 Thieves 10″ for Leng winning the prize for best B Side title, Lord Of The Isle dropping a cheese free take on a Tina Turner classic for Cole Medina’s American Standard label and the pleasant sight of a new Blackdisco release filled with the dusty fingered recreations of label bosses Lovefinger and Nitedog. Benoit & Sergio is a name that has been oft mentioned so far this year and in Principles the duo have delivered their finest moment to date (keep an eye out for their Daft Punk cover too).

Special mention goes to the latest release from the imperious Minimal Wave imprint which sees Ms Vasicka present a nine track selection of rare and unreleased synth arrangements from the archives of French producer Philippe Laurent. Formed of tracks produced under his Hot Bip alias between the late seventies and eighties, it’s the first time all but the most ardent of synth wave fans will have heard the majority of these and comes housed in the sort of luxuriant packaging we’ve come to expect from Minimal Wave.

Over at Juno Download, prodigious UK house producer Ossie followed up his excellent debut for Lightworks with a three track EP for Hyperdub. While the title track from the Lightworks release – “Tarantula” – had a gorgeous ravey sheen, “Set The Tone” paired vocodered vocals and insouciant child-like cries of “ahhhh” – both of which floated above a tough, percussive arrangement. Deeper still was A Peck & A Pawn, the Nick Höppner release on Ostgut Ton, while Pepe Bradock remixed Nicolas Jaar not once, not twice but thrice!

Those of you who hang out at the crossroads where Disco St meets House Ave will no doubt love the Sccucci Manucci four tracker featuring talent picked from across the globe. The DJ Yellow EP on We Play House was simply another ‘must check’ release for the Belgian imprint, while Murphy Jax’s appearance on Turbo came loaded with raw analogue funk, endorphin-releasing synth chords and dancefloor-baiting acid tweakery – all wrapped in the German’s trademark retro-futurist production. In addition to the two original tracks there were three unashamedly heavy remixes. Those who missed out on Floating Points obscurity “Sais” on its initial vinyl release must be pretty happy right now. This week Eglo gave it a digital release, as it’s a pretty hot slab of contemporary broken beat, with a weighty dub bassline, mournful strings and snappy, jazz-influenced beats.

Now, given that most live techno performances consist of a guy in a hoody huddled over a laptop, the notion of releasing an album recorded in a club sounds redundant. That said, there aren’t too many techno producers like Robert Hood and on the evidence of this hardware-based set, he sounds quite different in a live environment. Just check them drums…

On the CD front, SBTRKT dropped his debut album on Young Turks. The trademark shuffling dubstep rhythms, future garage grooves and hurried broken beats were all there, but thrillingly underpinned by a thick vein of sassy soulfulness and an overriding atmosphere of melodic beauty. There was also a second album for one-time Flying Lotus collaborator and experimental hip-hop protégé Sam ‘Samiyah’ Baker, while Gilles Peterson’s label dropped Brownswood Electr*c 2, which swapped organic, jazz-leaning grooves and global beats in favour of bass music rhythms and electronic sweeps.