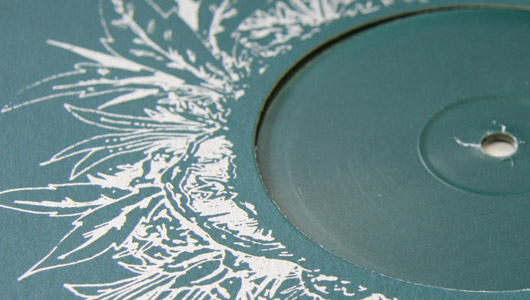 By the time you read this the Juno Plus team will be knee deep in proceedings at Sonar Festival, but hold back on those jealous thoughts and read on for a taste of the best new music to cross their desks this week.

Without doubt the most exciting release to arrive was the second lovingly presented Unthank release, with the Ukrainian house savant Vakula at the helm, delivering a trio of untitled cuts that serve further notice of his obvious and enviable talent. Whilst you shouldn’t be expecting “A Tender Place” mk.2, this ten inch serves up three of Vakula’s most refined cuts to date.

Just below on the monumental stakes was the overdue return of NYC cowbell worriers The Rapture, at home once again on spiritual imprint DFA and delivering a real musical statement via the thumping one sided business that is “How Deep Is Your Love” – don’t mistake it for a BeeGees cover but do get ready for a veritable storm of loose limbed punk funk.

One sided twelves were all the rage this week it seems, with Crosstown Rebels sneaking in a highly limited Art Department remix by the rather ubiquitous Harvey Basset, who also remixed Logic System’s iconic “Clash” for Endless Flight. The other one sided delight came courtesy of local hero Ali Renault, who donned his Cestrian garbs for the aptly titled aqua techno oddysey “Annihilator” on the fledgling Future Flash. We can’t decide whether the original, the heavily lysergic Perseus Traxx remix or the heavy duty wax seal logo are the best thing about this release.

Sigha’s new twelve for Hotflush was so sharp a paper cut injury was suffered in the process of transporting the wax from off centre die cut sleeve to 1210! Running Back continued their impressive vein of form with a killer release from Disco Nihilist – watch out for the swift kidney punch that is “Greasy Grind” – and Spectator’s WT imprint introduced yet another techno talent we should all be keeping an eye out for in the shape of Detroit resident Alex Israel, whose Walking To Guntersville contained four cuts of illuminating Motor City Soul.

Our two favourite Fabrizio’s – Mammarella and Pagliara – graced us with releases this week, with the former dropping a triplet of killer mutant analogue disco on rather dashing clear vinyl for the Berlin based Slow Motion imprint. Not to be outdone Pagliara unveiled his debut album for the always classy Live At Robert Johnson label, with Focus For Infinity effortlessly veering between downtempo ambience, housey drive, funky disco and intricate minimal aspects.

Jamie xx’s Far Nearer arrived out of nowhere looking rather smart in a fluorescent die cut sleeve that paid homage to the dearly departed Gil Scott Heron, and was matched in the impress Juno Plus stakes by the heaving mass of glorious rave sounds that was Bass Clef’s Rollercoasters Of The Heart – the temptation to include some of the madeup genres to describe this release has been resisted. If you like that then you will certainly enjoy the debut sounds of Jon Convex aka Instra:mental’s Damon Kirkham via Martyn’s imperious 3024 label – expect to hear a lot more from Mr Convex too with a Naked Lunch release on the horizon.

On the download front, BNJMN followed up his startling album for Rush Hour with the 141 EP via Svetlana Industries. Mixing up warm Detroit-style textures and melodies with broken beats, the young English producer continued to showcase his love of atmospheric moods and tones. Elsewhere Szare popped up on Idle Hands to drop some wiry minimal bombs, while the excellent Surgeon album – his first in ten years – hit the digital domain following CD and vinyl releases.

There were a couple more decent albums to shout about, with Trickski releasing their debut full length. Unsurprisingly given the duo’s pedigree, Unreality offered an enjoyable smorgasbord of off-kilter deep house, minor key-heavy afterhours jams, quirky slo-mo grooves and lethargic midtempo spook-outs – all infused with a smart musicality and a dizzying array of unusual vocal samples. Meanwhile Running Back released the debut album from filter disco dons Tiger & Woods. Featuring a mix of new cuts and tracks culled from their previously mysterious white label releases (“Gin Nation” etc), Through The Green offers a lesson to would-be copycats in how to turn a bagful of boogie and electro-funk samples into party-rocking disco/house gold.

Towering majestically above all else in terms of CD releases this week was yet another debut album – this one from The Beard aka DJ Harvey aka Locussolus. In addition to the original material on display, International Feel added remixes from Linny & Prinny, Andy Weatherall and the Emperor Machine for good measure. Ole!