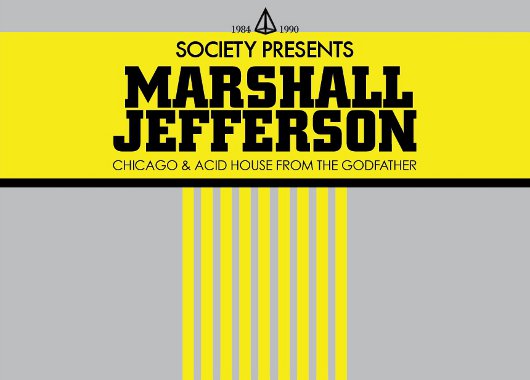 We’ve got two tickets to give away to next month’s Society party featuring Chicago house legend Marshall Jefferson in London.

The man behind such seminal house tomes as “Move Your Body” keeps a relatively low profile these days, so the chance to see him in the confines of a sweaty East London warehouse should not be passed up. What’s more, London DJing gents Andy Blake and Dan Beaumont will be supporting on the night (Friday, July 1).

The Society crew make it their mission to recreate events that hark straight back to the nascent days of acid house by using installations and artwork from the most exciting era of UK dance music as well as projections from the late eighties, booming Funktion One sound, smoke machines, lasers and original artwork influenced by the likes of Keith Haring, Bill Drummond and the YBAs.

In the 2011 equivalent of jumping in a phone box and calling up an anonymous phone number to procure the party details, Society will post the details of the event up on their blog on the day of the party.

All you have to do to enter the competition is answer this question: what is your favourite Marshall Jefferson jam? The less obvious the better! Post a YouTube link below with a short explanation and we’ll pick our favourite entry. The competition closes at midday GMT on Wednesday, June 22. Go on then.