40 Thieves up next on Public Release 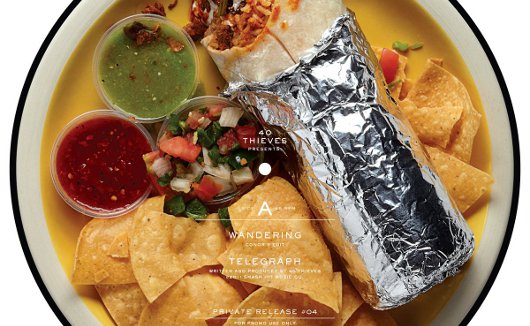 After releases from NYC fixtures Tim Sweeney (a promo only affair) and Jacques Renault, which were followed by an impressive 12″ from French producer Blackjoy, the latest EP once again retains an excellent visual photographic element.

In a similar spirit to the oh-so French steak and chips combo that featured on the Blackjoy release, 40 Thieves have plumped for a culinary delicacy from their home town of San Francisco, with some tasty looking burrito/corn chip action on the A-Side, with the (mostly) eaten remnants left for the flip. We’re pleased to report that the musical content is just as tasty, with three edits and one original production served up by the trio.

For those of you who haven’t succumbed to the charms of the Public Release imprint, we suggest you indulge in some extra reading over at Anthem Magazine, who recently interviewed David ‘Shadi’ Perez, the man behind the photography work for the first two PR 12″s.

The 12″ is scheduled for release sometime in June – in the meantime you can check out the full artwork and tracklisting below. 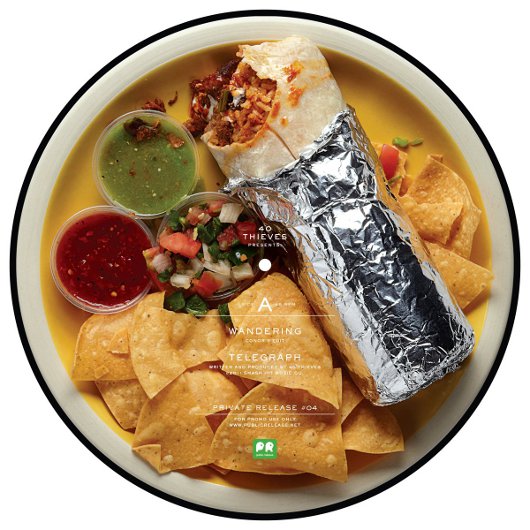 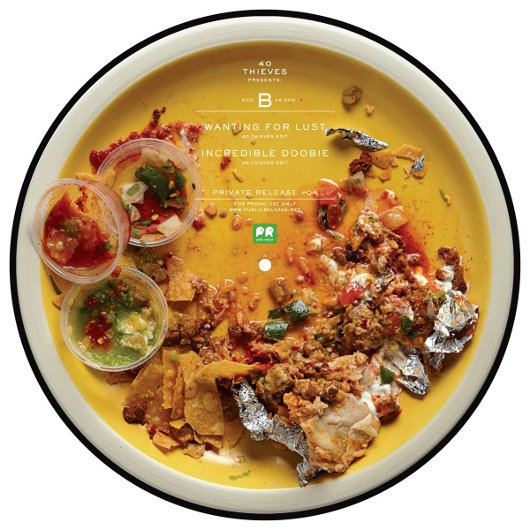