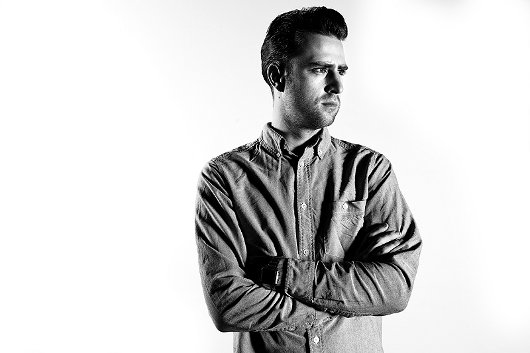 By now you should have heard Jackmaster’s entry into the Fabriclive hall of fame. Released this month, the Numbers don compiled a frenetic, breathless selection that touched on everything from classic electro-funk and UK garage to ragging acid, boompty bass, original hardcore and obscure New York deep house. One of a small handful of modern day DJs to earn their reputation as an actual DJ, not a producer – this is a point raised in just about every article written about him, and rightly so – his Fabriclive 57 mix is a sweat-drenched affair that boasts 29 tracks in just 70 minutes. Described by Juno Plus writer Matt Anniss as a “a joyous, party-centric romp”, it fully showcased Jackmaster’s DJing panache.

You may have also noticed the spine-tingling presence of Davina’s Mad Mike-produced deep house/garage anthem “Don’t You Want It”, which was first released on Underground Resistance sub-label Happy Records back in ’92. It served as a timely reminder of the Glaswegian’s not-so-secret love for the seminal Detroit label/collective first launched by two young chancers named Jeff Mills and Mad Mike Banks in the late 80s (Rob Hood was to join shortly later). We thought it timely then to call on Jackmaster – real name Jack Revill – to pick out his all-time favourite Underground Resistance records – and we think you’ll agree he’s plucked out some gems from the label’s peerless back catalogue.

UR048. “Who are Remote? I dunno either, but Mad Mike is probably involved somewhere. This was a big tune down at 69 and UR started one of their legendary live sets down there with it. Me and Spencer hunted high and low for this one for ages when we were kids and eventually ended up having to techno karaoke it to Martin from Rubadub to find out what it was. It’s been on repeat ever since.”

UR-003. “Oooft. They don’t really come more epic than this one. Some might argue this one is over played, I would reply that it still makes the hairs on the back of my neck stand up, 20 years after it was released. Eight minutes of pure ecstasy. Wow.”

UR-025. “The hi tech jazz sound of UR. It’s all about that saxophone line. There are girls in Glasgow who literally wet themselves whenever this is played.”

UR-020. “One of the most intense tunes I’ve ever heard and an absolute monster over the right system. Taken from World 2 World, which I’m sure was the first record that Mad Mike produced on the label on his own after Rob Hood and eventually Jeff Mills left the band. So Mike kinda had something to prove with this one. Job done then.”

UR-045. “The definitive album from UR in my opinion. “Mirage”, “Afrogermanic”, “Soulsaver” and “Nannytown” are the picks here but you can’t really go wrong with any of ’em.”

UR-020. “Another one from World 2 World, “Jupiter Jazz” is like a more melodic version of the rave inspired X-101 vision projected by Mad Mike, Rob Hood and Jeff Mills in the early 90s, but the end product is no less banging. Goosebumps every single time.”

UR-038. “The zeitgeist of Hi Tech Funk. This one actually has hidden messages running all the way through it in Morse code. A bunch of the Rubadub guys sat one night and worked it out with a load of Morse code kits that were actually free toys from Burger King. That’s a true story. You’ll have to crack the code yourself though, I’m not telling.”