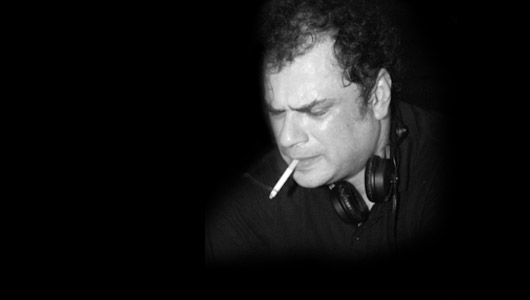 JD Twitch has been on knob twiddling duties for Mirror, Mirror, the fourth studio album from fellow Glaswegians Sons And Daughters.

It’s the first time the Optimo man has produced an entire album for a band, although he has since gone on to work with San Francisco outfit Tussle, whose album is due out this year on Smalltown Supersound. Last year Twitch posted the following comments on his blog about how he came to work with Sons And Daughters:

“I was asked to produce a record for the first time. Well, I had been asked before but couldn’t do it as doing Optimo every week took up too much time and I didn’t feel ready to do it. One of the reasons for ending Optimo as a weekly club was to have the opportunity to do different things so when I was asked to work with Sons and Daughters I leapt at the opportunity.

“The entire process was a long but joyful experience that really couldn’t go wrong as they had written (imo) their best set of songs, were completely energised and we were working with a phenomenal recording engineer – Sam Smith at Green Door studios in Glasgow.

“No computers were involved in making the record (it was recorded to tape) which for someone who spends around 70% of their waking life staring at a computer screen was extremely refreshing. The album has been perfectly mixed by one of my back room heroes, Gareth Jones. It’s definitely amongst the most creatively rewarding experiences I’ve had and something I think I’d like to do a little more of.”

As a little teaser, Domino have released Twitch’s remix of  “Silver Spell” for free download – grab your copy via the Soundcloud player below.

JD Twitch’s remix offers a droning, industrial take on the original, liberally sprayed with chaotic hats and apocalyptic synths. Needless to say we love it.