So we’ve spent a large portion of this week gazing admiringly at the vinyl edition of the new Hessle Audio compilation 116 & Rising. It’s a Hessle release so you know the standard of music is going to be high – featuring exclusive material from label regulars such as Untold, James Blake, Blawan and Cosmin TRG along with equally fresh Hessle debuts from the likes of Addison Groove and D1.

It’s the work that’s gone into the presentation that has further impressed us though, with the vinyl edition featuring the twelve new and exclusive tracks from the release spread across three twelve inches, housed in a gatefold sleeve designed by Will Bankhead of Trilogy Tapes fame.  Hessle have also sneaked in all tracks from the compilation on two CDs too.

When you digest all of the above it’s no surprise that Ben UFO, one third of the Hessle Audio decision making team, is a big fan of vinyl – the above picture is a mighty clue too! Thus we were very keen to get an insight into which records are doing it for Ben right now and why, and we’re suitably impressed with his choices.

“It’s been a while since I played a set without including anything from either the Restoration or Livejam camps. They specialise in hypnotic, tracky analogue only jams, and with Third Side they’re joined by Steffi, resident at Panorama Bar. When I asked for permission to include their material in a mix CD I’m about to record, their response was unsurprising – that it would “compromise our mission – vinyl only.” I think that’s pretty cool.”

“Pittman is one of those producers where the tone of each release can be wildly divergent yet still sound like part of a coherent, controlled discography. The A Side of this release is the nastiest thing I’ve heard him do by far. It freaks me out a little.” 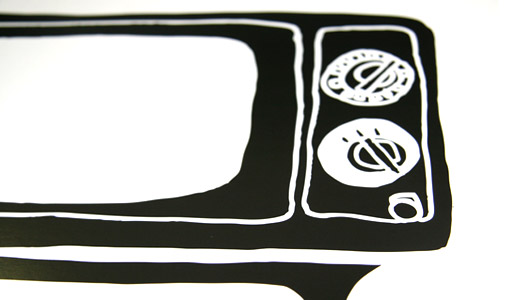 “Swamp81 aren’t slowing down. This release constitutes a kind of mission statement – four immaculately produced, emotionally and tonally varied dancefloor tunes. I’ve played every single one of these out, and I intend to continue doing so.”

“I don’t know anything about this dude, but the music’s amazing. More old school sounding analogue tracks, but with a refreshing delicacy and melodic sensibility. Anyone with the chops to include their name in not only the title of each EP but the name of the label as well gets rated highly too.”

“If I have to include one of ours it has to be this one. We’d been wanting to work with Peverelist for years, and it feels like a privilege to have put out two of my favourite tunes of his to date.”

“I bought this for the Actress remix, a tune I could probably listen to 40 times in a row and still not get bored of. It’s one of those records you hear new sounds in with each listen. Plus it says TECHNO on the cover.” 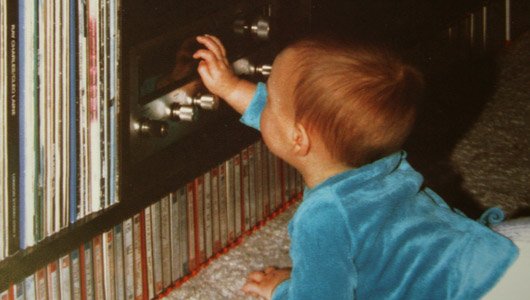 “Loads of people have talked about how this record was made out of funk and disco samples. Whilst that is indeed very interesting, what is more interesting is that it is really good, all the way through.”

“Despite arguably being copied by more producers than anyone else in dubstep, Coki’s music still sounds completely unique, alien and uncompromising. This is one of my favourite records on this list, but the one I have the least to say about.”

“This is one of the most accessible projects by James Ferraro, but maybe not the best primer for his material. There probably isn’t any such thing. Deeply strange music to lose yourself in, complete with bizarre sleeve notes which read like aimless, pieced together excerpts from a TV listings magazine in an alternate reality. It’s a beautiful release, and one of my favourites on Olde English Spelling Bee.”

10. Herbie Hancock – Stars in your Eyes (Columbia US)

“This one speaks for itself. A classic but played recently by Kenny Dope and Theo Parrish to name just two. Approach with trepidation, digging into funk and soul reissues is a dangerous game.!