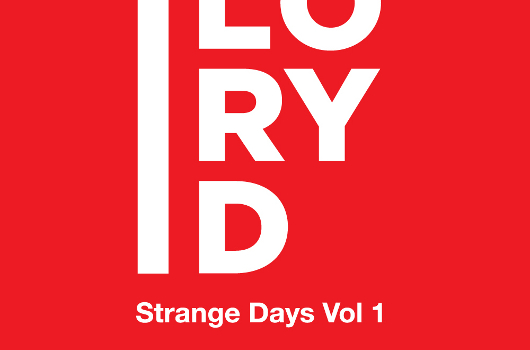 Glaswegian imprint Numbers are warming up for a summer of suitably fine releases with a new EP from Italian techno legend Lory D the first of several essential drops from Deadboy and Redinho.

The label enjoyed a fine first year of business with music from the likes of SBTRKT, Roska & Untold, Slackk, SRC and Taz echoing the multi-faceted approach to club music that has always been present at a Numbers event. The news of a Lory D release is no surprise given that the Italian has released on Wireblock, one of the labels that was dissolved to form the Numbers imprint. Entitled Strange Days, the release presents two tracks of mind bending acid that are stamped with Lory D’s sonic personality.

Subsequent to that, Numbers will play home to releases from Deadboy and Redinho – both of whom will be returning to the label for their second release. Deadboy’s Here continues to demonstrate the South Coast producer’s knack for crafting emotion soaked house rhythms – “Here 4 U” is every bit as impressive as his Drake remix – whilst Redinho’s Edge Off EP is a scattergun selection of tempos and styles varying from vocoder heavy funk to glitched out juke.