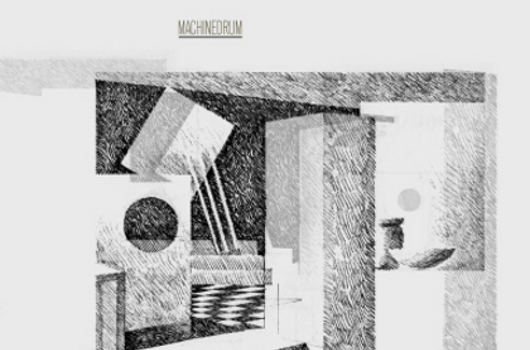 After being recently announced as a number of key releases from the Planet Mu stable this year, further details of Machinedrum’s latest album, Room(s), have been unveiled and will be preceded by a four track EP next month.

The New York based producer, real name Travis Stewart, is something of a prodigious and wholly under appreciated talent with several long players and numerous EPs and remixes in his arsenal. The announcement of a new album for Planet Mu follows Machinedrum’s triumphant return to production last year with an album of sorts for the Lucky Me imprint, along with the fine recent output alongside Praveen as Sepalcure (do check their clutch of Hotflush twelves if they’ve passed you by).

Given the 160bpm flex that pervades throughout Room(s), it would seem a perfect fit for the label overseen by Mike Paradinas given their recent focus on the Chicago footwork/juke scene. What really impresses however is how Stewart has eschewed the raw, aggressive, stripped down nature of footwork for a sound that is wholly richer in sonic texture and is quite psychedelic at points.

Before the July release of the album, Planet Mu will offer you a sample of what to expect via the Sacred Frequency EP which includes the fluttering brilliance of the EP title track taken from the aforementioned long player along with three new arrangements that cover retooled Detroit techno, schizoid retro UK rave and tribalistic bass nastiness.