Futurisk get the Cititrax treatment 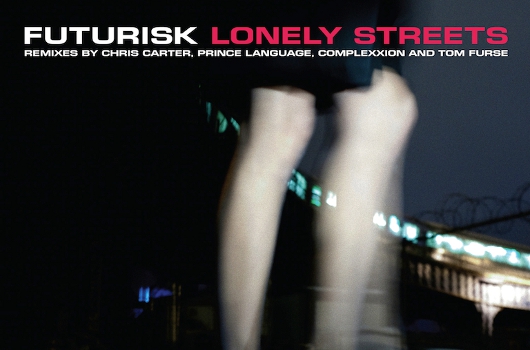 The South Florida band, who dropped off the musical radar back in 1984, will be familiar to fans of Vasicka’s Minimal Wave label – an unreleased Futurisk track appeared on the imprint’s 2007 Found Tapes compilation and Minimal Wave subsequently released the full-length retrospective Player Piano LP to celebrate the band’s 30th anniversary last year.

The new versions of lost gem “Lonely Streets” wll be released via the Minimal Wave sub-label Cititrax – which is reserved only for new music – with each of the remixers striving to retain the original’s dance-rock sensibilties. The remix from Throbbing Gristle legend Chris Carter was described by Futurisk founding member Jeremy Kolosine as “what I would have dreamed of doing back in 1982, had we the time and funds and equipment”. The all to rare sight of New York-based producer Prince Language on a record is equally pleasing, while Tom Furse of The Horrors and UK act Complexxion round off the package.

Vasicka uses her labels to push the minimal wave sound, essentially synth heavy early 80s lo-fi music made off the back of the new wave craze, a niche she has promoted with relentless enthusiasm.

Lonely Streets Remixes will be released on April 28 via Cititrax.