New DFA releases on the horizon 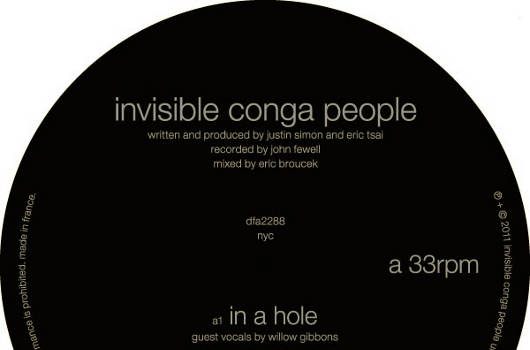 With the boss man currently occupied with a series of last ever LCD shows, it’s been an understandably slow start to the year for the DFA twelve inch machine, but things seem to be stepping up a gear or two – with several releases due in the next month which have piqued our interest.

First up is some new material from the criminally unprolific Walter Jones, with the New Orleans based producer bringing a new project to the label in the shape of Graceful Exit. Teaming up with singer Ellipsis, Boston producer Chas Bronz and saxophonist Jesse Allen,the Revolve Disco release sees Jones continue to explore a modern slinky take on the disco sound across three tracks but on a grander scale.

Following this DFA have shaken Invisible Conga People out of their seemingly enforced production slumber with the first new tracks since the duo made a startling debut all the way back in 2008 on Mike Simonetti’s Italians Do It Better imprint. Allegedly a series of forced relocations and the worrying sensation that a demolition crew has been following them around for the past few years has come between Eric Tsai and Justin Simon and the chance to deliver some new material. Finally allowed some time in the studio, the duo have delivered a quartet of tracks that build on the languid nature of their debut material, with a certain swampy quality pervading throughout.

Expect the Graceful Exit 12″ to drop on April 24 with the Invisible Conga People release arriving the following week.