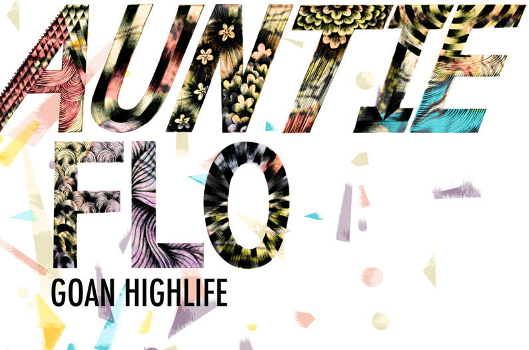 Glasgow/London party types Huntleys & Palmers Audio Club will take over Plastic People next month to celebrate the launch of their eponymous record label with a suitably international line-up in tow.

Huntleys & Palmers have been running parties  for the past three years with a diverse booking policy that has seen the likes of Silver Apples and Danielle Baldelli feature alongside Four Tet and James Holden separate them from the crowd. If you were lucky enough to catch Caribou tee off with Floating Points at Plastic People recently then you have H & P to thank for that night’s entertainment.

Their recent decision to enter the murky world of record label ownership was apparently borne out of a desire to support their favourite producers and artists beyond their clubnights. The inaugural release – a dinky 10″ from Auntie Flo is definitely a progression of the sonic ethos behind the Huntleys & Palmers nights with Auntie Flo dropping two tracks that infectiously swerve between Nigerian funk, proto house, kwaito and UK funky. Check the video for Highife below to get an idea.

Taking place on Saturday April 9, the launch party’s pan continental proceedings naturally features the Goan by way of Glasgow, though perhaps the most exciting name being Mim Suleiman. The singer from Zanzibar put out a superlative album via Running Back last year, with the consummate production from Maurice Fulton the perfect backdrop for her amazing voice. We can’t remember the last time Suleiman was invited to play in London so the chance to catch her in the intimate surrounds of Plastic People should not be passed up.

In addition two producers who have contributed forthcoming remixes of the Auntie Flo release also feature with rising West Londoner T Williams – responsible for some of last year’s best bubblers on Local Action, Deep Teknologi and Enchufada – joined on the decks by the mysterious and elusive Sophie. Chilean producer Alejandro Paz – touted as a future contributor to the H & P label – adds a South American flavour whilst H & P overseer Andrew Thompson adds some much needed tall, angular Glaswegian presence to the lineup.

All profits from the night will be donated to the Red Dot Relief appeal set up to aid those affected by the recent earthquake in Japan.