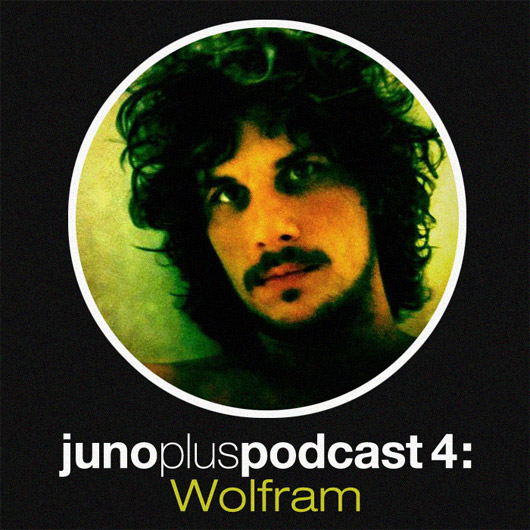 We have Wolfram’s mum to thank for the rich melodic beauty of this Juno Plus podcast.

“When she listened to my new album she told me, ‘hey Woolfy, I didn’t know you made nice music’,” the poodle permed Austrian producer explained with a chuckle.

“Before she was listening to my house or techno tracks; she doesn’t like that. So when I came to make this mix, I decided I would make one that my mum would like. It’s basically a mix that older people can listen to. It’s not just nerdy techno tracks, it’s synthesizer music and, I think, really melodic.”

Before putting together the album, he’d released very few records though he was the knob-twiddling synth genius behind Sally Shapiro’s shimmering Euro pop excursions.

Wolfram makes for a romping fusion of wobbly Italo disco, Cowley-esque Hi-NRG, Moroder-ish stomp and cheery European pop. The reaction, he said, had been positive.

“I’ve never done so many interviews. Actually, Moby interviewed me for Interview Magazine (the New York publication founded by Andy Warhol in 1969).

“He only asked me a few questions and then went off to write the article so it could just say ‘Wolfram sucks’ or it could be really nice (laughs).”

His Juno Plus mix has been on repeat in the office since it first arrived, opening with the timeless, shimmering beauty of “Gassenhauer” and ending with the epic “River Song” by former Beach Boy Dennis Wilson. In between you’ll find a couple of tracks from Wofram’s album – we’ll assume they’re his mum’s favourites – plus some killer synth-pop and disco.

Juno Plus Podcast 04 – Wolfram by Juno Plus on Mixcloud