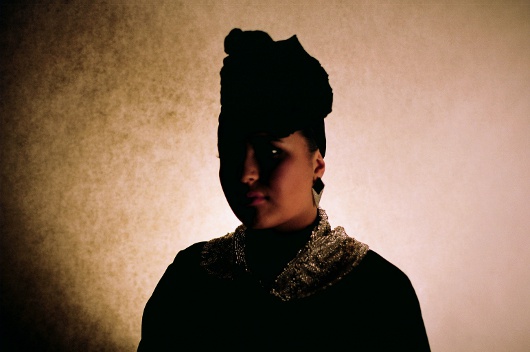 The first lady of Eglo has teamed up with the label’s golden boy, with Floating Points and Fatima announcing  a collaborative EP entitled Follow You, set for release in May.

It follows Fatima’s memorable vocal turn on the recent Floating Points Ensemble 10″ release on Ninja Tune. On first listen this EP is endowed with a similar shimmering beauty, with languid, jazzy instrumentation sitting respectfully beneath the vocals, from the ethereal atmospherics of A Side opener “Cinnamon” to the raw 808 shuffle on “Red Light” and glacial synth work of “Innervision”.

The Benji B fans among you will have already heard one of the EP’s tracks, namely “Mind”, which was performed live on his BBC 1Xtra radio show last year.

The Swedish born, London based singer has already made a name working with Shafiq Husayn (SA-RA), Scratcha DVA and Funkineven, with the latter stating in a Juno Plus interview that he could easily work with her “for the rest of his life”. She also released a solo 12″ on Eglo last year which featured some production work from Dam Funk.

As the child of a Senegalese/Gambian father and Swedish mother, Fatima has developed a truly unique style that combines her African heritage with the contemporary London scene. Floating Points aka Sam Shepherd, who runs Eglo with Alexander Nut, holds a towering reputation despite his young age, with the insouciant blend of musical styles he brings to both DJing and production summing up all that is exciting about electronic music right now.

Follow You will be released via Eglo Records on May 9, 2011.