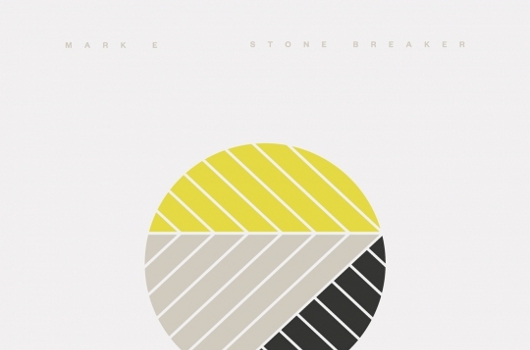 The Birmingham based producer (real name Mark Evetts) rose to prominence through a string of highly sought after edits on labels such as the now defunct Jiscomusic, Golf Channel and Running Back, with tracks such as the slow bumping “R+B Drunkie” predating the current vogue for reworking obscure R&B tracks by some time.

Upon establishing his Merc imprint early last year, Evetts effectively signed off from the overstuffed edits game to focus on original productions. Subsequent releases for Running Back and Vibrations have proved to be auspicious, demonstrating Evetts was developing a unique grinding, almost industrial, house sound.

Stone Breaker promises to further showcase the sound that evolved on those productions, with the Spectral press machine suggesting the nine tracks ripple with a primal dark room house simplicity. The product of a finding a groove in the studio last year, the tracks came together almost by accident, too good to be relegated to a twelve inch release here and there.

Amidst a busy 2010 of remix commissions Evetts contributed two excellent remixes of Matthew Dear”s “Little People (Black City)” for Ghostly International which seemingly laid the ground for the producer electing to proceed with Spectral for Stone Breaker.

Whilst the vinyl version will only contain six of the nine tracks that make up the album across two slabs, Spectral are throwing in a free CD version with all tracks, making a purchase on lovely big wax almost a necessity.

Spectral Sound will release Stone Breaker by Mark E on May 16.