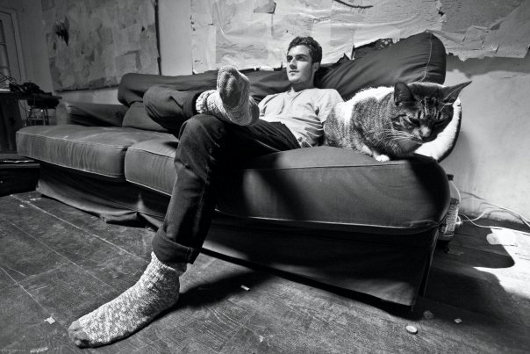 Having recently introduced our ears to the sounds of When Saints Go Machine, the kindly folks at !K7 Records are giving away a free Nicholas Jaar remix of the Danish band.

Made up of Nickolaj (vocals), Simon (keyboards), Jonas (keyboards) and Silas (drums), their sound is extremely hard to pin down – but we thoroughly recommend you check out the six track EP that dropped recently (review here).

Jaar, prodigious and prolific in equal measure, needs little by way of introduction these days and recently released his debut album on Circus Company, a magnificent long player that perhaps didn’t get the attention it deserved due to the simple fact it was released when everyone was caught up with James Blake fever. However the New York based artist has swiftly followed that up with a typically rewarding remix of “Fail Forever”, the title track from WSGM’s aforementioned EP.

Juno Plus scribe Oliver Keens described the original version as “falling somewhere between Morrissey and Erlend Oye – almost like Hot Chip’s “Boy From School” played at 4am with a beautiful electro-orchestral backing and some sparse but effective drums and bass”. Jaar’s remix adds some deft sonic touches including a druggy slo-mo late night house beat, mournful strings, nice use of piano, warbled vocals and a wonderful sense of space.

You can download or stream the track via the links below.