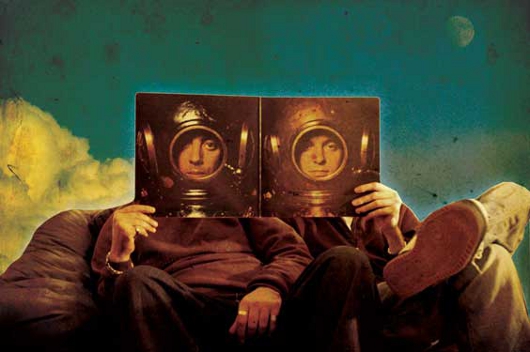 Delusions of Grandeur will dip their toes into the artist album market for the first time this May with a much anticipated debut set from Glaswegian deep house fusionists 6th Borough Project.

One Night In The Borough sees the experienced duo of Craig Smith and Graeme “The Revenge” Clark further explore their trademark slo-mo, sample-based deep house and disco sound. As with their previous 12” single releases, there’s much smoky late night soul within the album’s 14 loopy, atmospheric deep house cuts. We can also detect a dash of early, Red Zone era David Morales amongst the disco samples, synth strings and cut-up vocal loops. Fans of the Delusions of Grandeur style will find much to enjoy here.

The release of ‘One Night In The Borough’ marks a second significant moment this Spring for 6th Borough Project man Graeme Clark. His debut solo album as The Revenge is due for release on the  Z Records imprint run by Dave ‘Joey Negro’ Lee in April.

One Night In The Borough will be released by Delusions Of Grandeur on May 9 on triple vinyl and CD, with a digital  release following on June 6.