In Flagranti feel Worse For Wear 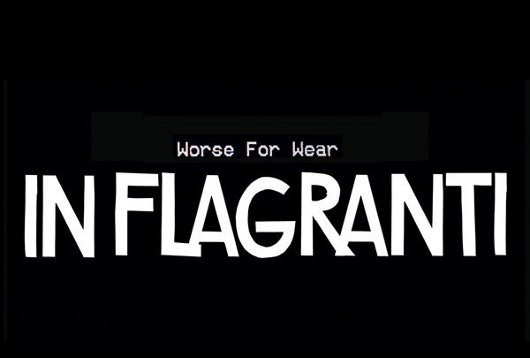 Exciting news today as arch Juno Plus favourites In Flagranti have revealed details of their second album proper, entitled Worse For Wear, and set for release in April.

In Flagranti are veterans of filthy discoteque tackle and deified by their peers old and new, their music influencing everyone from Erol Alkan to Stopmakingme. Despite this, they only graced the music world with their debut album in 2009, the gloriously smutty Brash & Vulgar – some may disagree but we tend to think of 2006’s Wronger Than Anyone Else as a delightfully rough mixtape ode to Chicago style Hot Mixes.

In the time since Brash & Vulgar, the duo have remixed all and sundry, appearing on everyone from Permanent Vacation and Kitsune to DFA and Tigersushi. In addition, In Flagranti have treated lovers of vinyl to a debut original production from Rory Phillips, plenty of illicit Sounds Superb edits and their own work on the Codek imprint they run, naturally covered in their distinct vintage risque artwork.

Across the ten tracks, you still get a keen slice of In Flagranti’s signature sonic aesthetic, though these are punctuated with moments of peculiar calm, perhaps signifying a softer new chapter for the band.

Codek will be releasing Worse For Wear on CD on April 4 and we can’t wait!