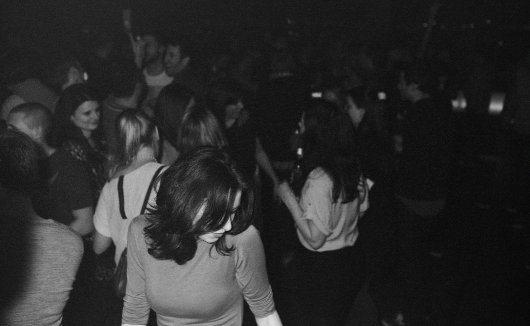 For anyone bored of oversized venues jostling with lairy clubbers and willing to make the trek down to south London, new ‘house and bass’ night Fill Yer Boots at Plan B may be a welcome variation on usual weekend plans – a smooth move away from Hackney’s sweat-dripping ceilings exchanged for a decent sound system and lack of pill-heads.

Last Saturday, the Brixton establishment, which has undergone a revamp with a larger focus on house, techno and disco-orientated nights like Community, saw a takeover from Wolf Music label heads Stu Clark and Matt Neale. 2010 was a watershed year for the Brighton based imprint, now regarded by many a disco beard as a bastion for mid tempo niceness. 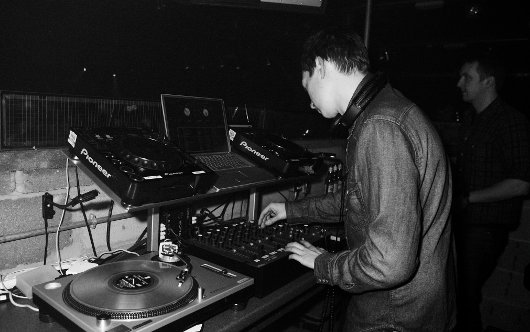 With Wolf’s deep house mavericks Greymatter and KRL headlining, the former played some bass-heavy house, including a Julio Bashmore hit and his own Fleetwood Mac-sampling “Only to Fall” before Stu Clark dropped more classic house tracks including current favourite “Criticize”, the rework of Alexander O’Neal’s 1987 classic from Maxxi Soundsystem on Kojak Giant Sounds. KRL meanwhile brought out the Maurice Fulton remix of Simian Mobile Disco’s Beth Ditto hook up “Cruel Intentions”, preparing us for a dash of acid house. Thankfully however, deeper sounds eventually permeated throughout the night from Clark and Neale who played both sides of the headliners, staying true to the musical aesthetic that they’re so well known for.

Having caught our attention with their releases from The Revenge, Eddie C and Ilija Rudman a couple years ago, the British-based label’s output has been of consistently high quality, with some early releases from Melbourne’s Francis Inferno Orchestra, PBR Streetgang and Cottam crafting fine vocal-based and groove-heavy disco edits, charted by the likes of DJ Hell to Diynamic label boss Solomun. 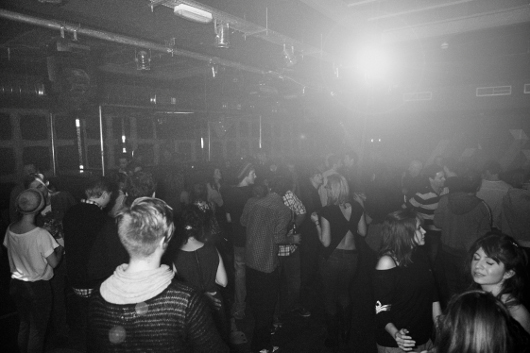 Run by a duo of Will’s, Smith (sadly not the Fresh Prince) and Byles, Fill Yer Boots has booked the likes of George Fitzgerald, High Horse’s Benedict Bull, and Ben UFO in the past year, whilst the residents, Daniel Ghazvinie and Smith himself (aka Leisureware) – who played out gems like House of Jezebel’s “Love & Happiness” and San Soda’s uplifting “Hypocrisy” on said evening – have supported house DJs like Jamie Jones, Le Loup, and Future Disco boss Sean Brosnan.

The first of its kind in a new location since holding monthly nights at local pub venue The Rest is Noise, also on Brixton Rd, the boys hosting the upstairs’ main room attracted an enthusiastic crowd with no preconceptions nor pretensions. With only a few monthly showcases over the last couple of years, their events have varied from quieter occasions to more busy events, but are often a breath of fresh air from endless hours of the same circuit of DJs round east.