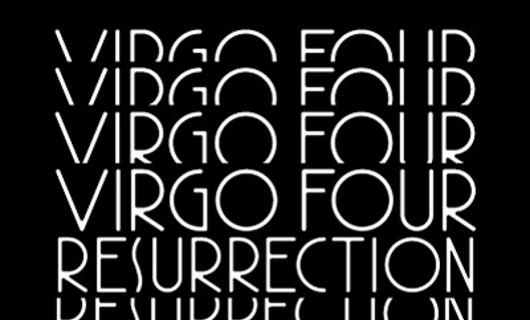 There was a general consensus amongst the electronic music press that Rush Hour ruled 2010, and the label are eschewing any laurel resting opportunities with some choice releases in coming months.

The biggest news is undoubtedly a collection of previously unreleased Virgo Four material entitled Resurrection, an exciting follow up to last year’s RH reissue of the seminal Chicago House duo’s self titled album.  Rush Hour were granted the opportunity to dig through hundreds of unreleased four track tapes the duo had recorded in a six year period begginning in the late Eighties.

Having been treated to an advance listen to some of the tracks that  make up Resurrection, they truly demonstrate the rich talent Eric Lewis and Merwyn Sanders possess and leaves you wondering the impact this music would have had on the burgeoning Chicago House scene if released at the time.

The collection is set for release in mid February on CD and Vinyl format with the former featuring fifteen tracks presented in the distinctive Rush Hour jewel case whilst the latter edition will feature twice as many tracks in a specially designed bespoke package containing five slabs of vinyl.

Alongside this, the Rush Hour Direct Current series sees further contributions from the always excellent Cosmin TRG as well as introducing us to some startling club music from a mysterious New York based producer called Policy and there is a further Hour House Is Your Rush twelve from Rick ‘Poppa’ Howard and an eagerly anticipted long player from Tom Trago.

Ahead of that Anthony Shake Shakir’s seminal Frictionalism output will get further leaned upon in a contemporary fashion with forthcoming remixes from Scando titans MRSK and Skudge which should drop very soon. Speaking of Skudge we’ve also learnt that the mysterious Swedish Techno enclave have persuaded Underground Resistance legend Rolando and 2562 to deliver some potentially mindblowing remixes.