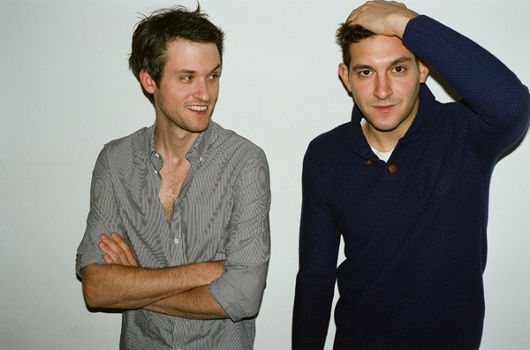 It’s been a long time coming but New York disco duo Holy Ghost! will finally release their debut album through DFA at the start of April.

According to Pitchfork, the self-titled album will feature contributions from The Juan MacLean, The Rapture’s Luke Jenner, Penguin Prison man Chris Glover as well as ex Steely Dan member turned yacht rock legend Michael McDonald. Ahead of the album’s April release, Holy Ghost! boys Alex Frankel and Nicholas Millhiser are offering a free download of soon-come single “Do It Again”. You can grab the appregiated NYC nu-disco jam from the Holy Ghost! website.

Holy Ghost! have long been regarded as one of DFA’s most promising acts. Hype has been growing ever since the duo’s much played debut single, “Hold On”, dropped way back in 2007, despite a dearth of releases. Last year’s Static On The Wire EP which featured another anthemic disco cut in the shape of “Say My Name” only served to increase anticipation regarding a debut full-length.

Prior to release, the band will be performing the album live, in it’s entirety, at Manhattan venue The Mercury Lounge on February 2.