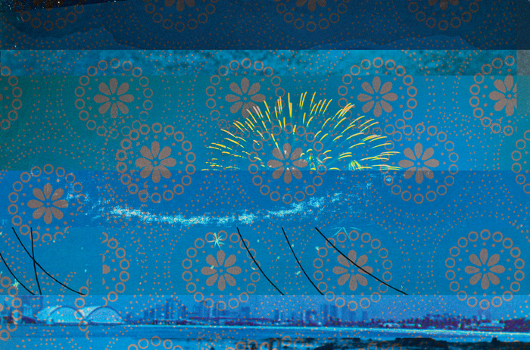 Not one to rest on his Essex cultivated laurels, Gold Panda has decided to capitalise on the broad swathe of critical acclaim for his debut album Lucky Shiner with news of his first manoeuvres in 2011.

February will see the unassuming producer of contemporary electronica known as Derwin undertake a tour of European appearances that gets underway in Berlin, the home of the techno throb on February 4 and ends in April in the scenic riverside surrounds of Parisian venue Point Ephemere. A headline show at London’s XOYO with soon to be announced support acts and a cheeky trip to industry fest SXSW in Texas demonstrates the Gold Panda clout. Further dates dates in Scandinavia and a full American tour are promised later in the spring.

Amidst all this travelling Gold Panda will release the Marriage EP in late February which will contain the album track of the same name along with a raft of new material that includes contributions from portly US newcomer Baths and recent tour partner Banjo Or Freakout.

No Town will release the Marriage EP on February 28 and a full list of those tour dates reads as follows: