The Cure to headline Bestival 2011 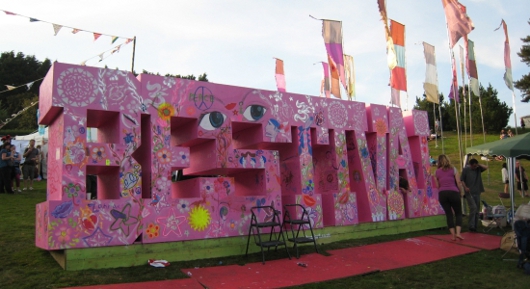 It barely seems conceivable, but the first lineup details for Bestival 2011 have been announced, with legendary rock outfit The Cure set to headline Saturday night festivities.

Robert Smith’s troupe will be supported by Beach Boy Brian Wilson and Primal Scream, who will perform their seminal Screamadelica album before the crowd at the Isle Of Wight event, which was this year voted Best Large Festival in the UK.

Magnetic Man, who are 2/1 at Juno Plus to make an appearance at every single music festival on Planet Earth in 2011, are also on the bill, as are Robyn, DJ Shadow, Boys Noize, A-Trak, Diplo, Grandmaster Flash, Crystal Castles, LFO, David Rodigan and Dial’s Pantha Du Prince.

Festival curator Rob Da Bank, who announced the news today via Twitter, said he was delighted to have secured The Cure’s services: “‘I’ve spent the last twenty years of my life listening to The Cure and the last five attempting to persuade Robert Smith and the crew to hop on a ferry to our magical Isle.

“I’m still not sure what we’ve done right but I’m overjoyed that they are coming as Saturday night headliners. Few bands have had such a massive impact on my life (and hairstyles)”.

Bestival 2011 will be held at the Robin Hill Country Park on the Isle of Wight from September 8-11.

There are still plenty more acts to be announced, including two more headliners, so stay tuned for more details as the emerge.