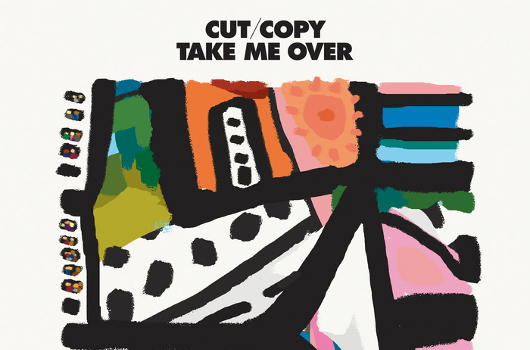 Modular today announced details of “Take Me Over” the first single to be taken from Cut Copy’s forthcoming  album Zonoscope.

A radio edit of the track  can be heard at Modular’s soundcloud page and the track which is far too breezy and vitamin D infused for a chilly November day in North London is available now in digital format with a 12″ version replete with the above artwork and a Kris Moyes video due in the near future.

Zonoscope, which is Cut Copy’s fourth studio album, will be released in 2011 on February 4 in Australia, February 7 in the UK and Europe, and February 8 in North America and the band have also announced details of a European tour which commences shortly after the album drops.