Panasonic confirm the end of the 1210 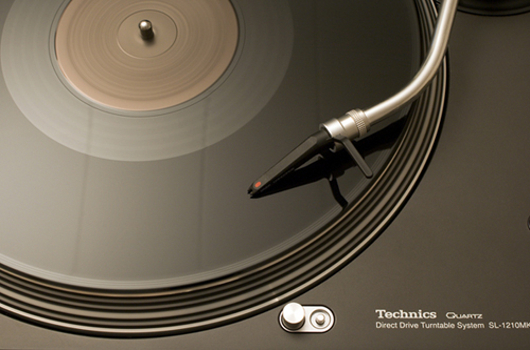 Amidst a swathe of  rumours and hearsay regarding the future of the iconic Technics 1200 & 1210 turntables, parent company Panasonic yesterday confirmed that production of the equipment has ceased and the line discontinued.

The Japanese company yesterday issued a statement which officially signed the death knell on the DJ equipment.

Panasonic has confirmed that it ceased the production of its Technics-branded analogue turntables this autumn.

“After more than 35 years as a leading manufacturer of analogue turntables, Panasonic has regretfully taken the decision to leave this market. However, Panasonic will continue to sell headphones under the Technics brand.

“We are sure that retailers and consumers will understand that our product range has to reflect the accelerating transformation of the entire audio market from analogue to digital.

“In addition, the number of component suppliers serving the analogue market has dwindled in recent years and we brought forward the decision to leave the market rather than risk being unable to fulfill future orders because of a lack of parts.

“Panasonic employees who have been working on the analogue turntable range have been redeployed elsewhere within Panasonic – many of them continuing to work in Panasonic’s Audio Video Business Unit.”

Last month rumours resurfaced of this potential outcome after music tech site Audiobeef  circulated a translated statement (as reported here) In the current climate of digital DJing yesterday’s confirmation from Panasonic has a sense of inevitability behind it, though with millions of turntables already in circulation and the inherently sturdy nature of the equipment it’s going to be along time before the 1210 is considered redundant by it’s users.