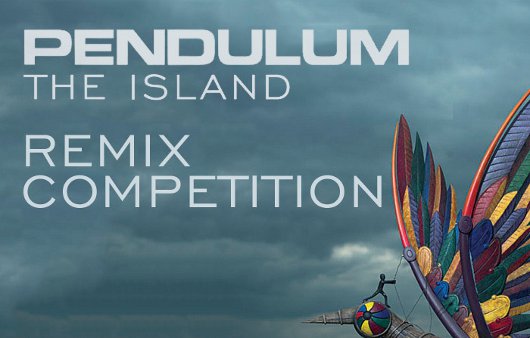 A while back we gave you the chance to remix Pendulum‘s latest single, “The Island”. Well, the votes are in and the winners have been decided. Drum (and bass) roll please…

With nearly 800 entries, the competition was fierce. So fierce, in fact, that the Pendulum chaps plumped for two joint winners. Scroll down to hear their entries, plus those of the four runners up.

Meanwhile here’s what Rob from Pendulum had to say about the competition: “Thanks to everyone who put the effort put into doing this. There is some pretty amazing talent out there and hopefully we can do more of these things in the future.

“This definitely wasn’t easy – there were nearly 800 entries. I managed to find about 50-60 in the end that were very good, so in the end I just went with my instinct and picked the ones I liked listening to best.

“Please don’t be too disappointed if yours wasn’t chosen. I do feel your pain. I entered a Fatboy Slim remix competition once in like 1998…the radio station called me at 6am telling me they’d only received half the track (due to my shitty Australian dialup connection cutting out) and could I please upload the rest. For some reason, I couldn’t get online and they ended up choosing some shitty punk version instead. For years I swore bitter revenge, like some producer-based version of Phantom of the Opera…”

Juno Plus would also like to extend its congratulations to the winners, and thank everyone who entered the competition.

The two winners will get:

And the four runners up pocket:

Without any further ado, here are the two winning entries:

And the runners up:

Pendulum – The Island – Pt. I (Save The Rave Remix) by remix_pendulum