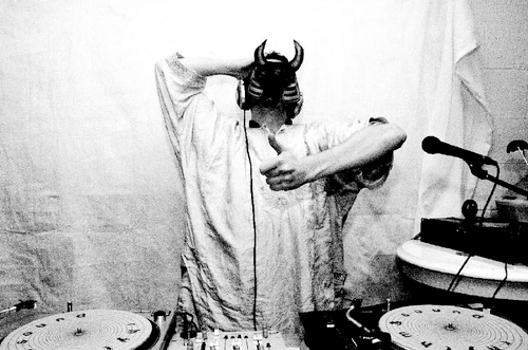 Full details of Shackleton’s forthcoming entrance into the Fabric mix hall of fame have been revealed with the much revered don of British bass mixing 22 of his own productions on a release that is set to hit the shelves on December 6.

Shackleton rose to prominence thanks to the brilliant and much missed Skull Disco imprint he ran with Appleblim, with the abstract take on dubstep bearing a distinct influence on where the many stranded genre sits in the present climate. Since his relocation to Berlin, Shackleton has continued to impress with his productions such as last years 3 EPs for Perlon and more recently a remix of Kasai Allstars for the Crammed Congotronic remix project which is a menacing delight.

With reasons such as these it seems an easy choice for Fabric to request his handiwork for the 55th Fabric mix, though Shackleton wasn’t so sure they’d be keen to even have him play the club saying the following:

“ I never thought that fabric would be interested in my music to be honest and so it was a pleasant surprise when they asked me to play in room 1, back before most other London venues would touch me, or indeed had probably heard of me.  It was an even more pleasant surprise for me that some people enjoyed it.  I’ve since been asked back quite regularly and every time it seems to go better.  I think this is because of the sound system.  It is amongst the best I have played on…. With the mix I’ve made, I have tried to make a set that would best represent the set I played on that night [at fabric], but minus the mistakes.  Some of the tracks are re-jigged versions of older material, some of them are new.  Some of them will never see a release in any form aside from this.  Some of them are not even tracks just coincidental parts merging with each other between tracks.  Those are the best bits actually.  I don’t expect everyone to like it.  I know it is not to everyone’s taste.  That’s why I appreciate Judy sticking her neck out for this and I hope some people like it.”

The mix interspersese new and unreleased original material from the Shackleton archives with more familiar tracks that have appeared on Perlon, Skull Disco and Hot Flush but have been given a unique reworking especially for this Mix CD.