Daft Punk take to the stage at Madison Square Garden 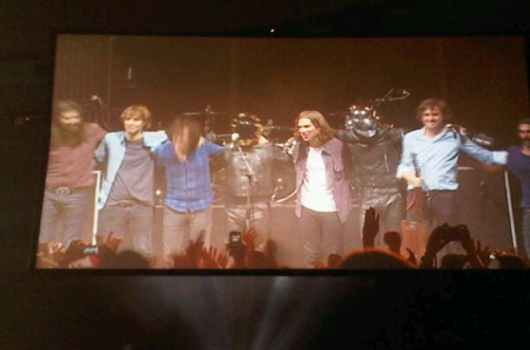 The French duo took to the stage with their old friends Phoenix to perform “1901” interspersed with shades of  “Harder, Better, Faster, Stronger” and “One More Time” to an enraptured crowd.

Given that New York is currently in the grip of the annual CMJ Music Festival, this can only be described as the canniest possible way to promote Daft Punk’s forthcoming and much talked about soundtrack for the Tron: Legacy film.

Some jerky youtube footage of the performance can be enjoyed below.