Australian duo Canyons will release the first single from their forthcoming debut album on Modular Records in November.

“My Rescue” will premiere on Australia radio station Triple J this Sunday, after which it will be streamed on Modular’s website. The track features the vocal talents of Tame Impala’s Nick Allbrook, accompanied by a video directed by Tom Kunst in the coming weeks. The artwork, which you can see below, was shot by Neil Krug, known for his work with Devendra Banhart and Ratatat. The album itself is slated for release in 2011.

For those yet to fall under the spell of the duo, Canyons – aka Ryan Grieve and Leo Thomson – have already released material on heavyweight imprints DFA and I’m A Cliché, as well as their own indie label Hole In The Sky. Their sound is a rich tapestry of electronic psychedelia. To find out more, waddle over to the Ones To Watch feature we did with them late last year.

The single will be released on digital and 12” formats on November 9. 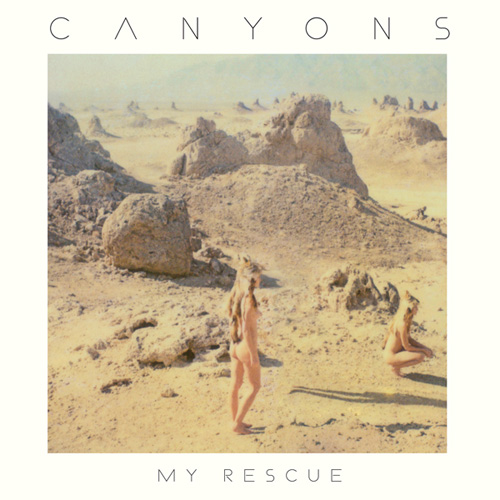