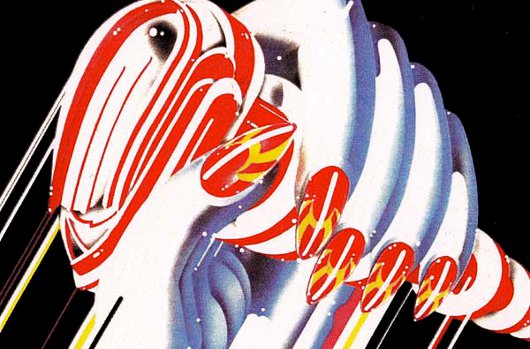 Italians Do It Better stallions Johnny Jewel and Mike Simonetti have announced the release of a mix CD on fledgling IDIB sub-label Perseo.

The mix, entitled Albuterol, came to being after Mike travelled from New Jersey to Jewel’s HQ in Portland in 2007 to DJ in support of Chromatics and Glass Candy. A wheezing Simonetti had forgotten his asthma medication (which is called Albuterol), and a series of nights in cat-populated households soon resulted in him seeking exile in Johnny’s studio before his esophagus seized up.

There Mike and Johnny started working on a mix of obscure disco joints, which was subsequently posted as a free, low quality rip download on the IDIB blog. It garnered an overwhelming response with 20,000+ downloads, and now we will have the opportunity to listen to the mix as it was meant to be heard in its mastered glory.

Here’s what Johnny had to say about the mix: “At Italians Do It Better, we love our computers… but for a mix this dirty, with almost all live drummers, it just felt better doing it by hand. The end result runs the gamut of rock, disco, proto house, boogie, Swedish glam, bizarre Italo, soul and some odd things in between. Not to mention the entire mix is slightly pitched down. Most likely due to exhaustion & Mike’s almost comatose state. It just sounded heavier this way.”

The CD will be released on September 20. Check out the artwork above which is, as always with anything IDIB-related, simply awesome.