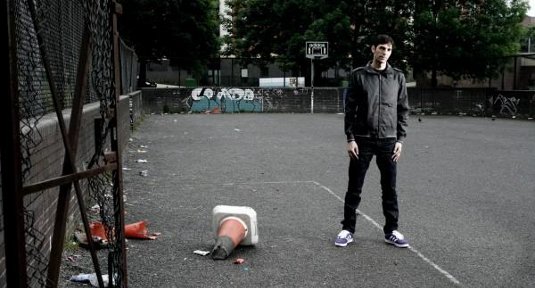 Dutch producer Martyn is the star of a tear jerking video in which he pays tribute to his late father.

Gerrie Deijkers was a star player for Dutch football club PSV in his youth, and died in 2003 of heart failure.

The clip, directed by Ramon Maria Gieling, shows Martyn re-enacting his own father’s death, as his wife (played by Dutch actress Halina Reijn) tries in vain to revive him. It’s a wonderfully shot film, which starts with Martyn playing little pianos in an empty football stadium.

The music for the seven minute clip was taken from the Dutchman’s 2009 album Great Lengths – which was rightly hailed as a seminal release in the hazy post-dubstep world.

We can’t embed the interview, so hop over to YouTube and check it out here. There wasn’t a dry eye in Juno after watching this.

Thanks to Fader Mag for the story.