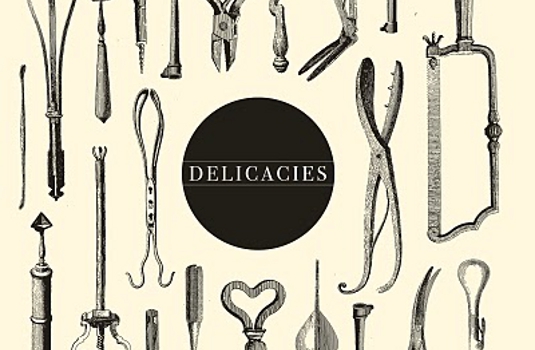 Simian Mobile Disco continue their two man mission to bring speaker worrying techno and stomach churning food together with the release of the second 12 inch in their Delicacies series on August 23.It’s been a busy week for James Ford and Jas Shaw, with the news of an impending release of their new mix CD for the awesome Fixed night in NYC. Delicacies 002 continues the theme of naming singularly unique machine funk after equally unique exotic foods from across the globe.

On the A Side, the growling thump of “Casu Marzu” is  named after the rather worrying Sardinian delicacy – maggot infested cheese. This is complemented on the B Side by  “1000 Year Egg” a track steeped in trademark Simian Mobile Discoisms as a bed of druggy bleeps are inundated by a shower of cascading hats.

For further insight into the Delicacies concept check this video with the duo discussing their favourite foods along with insight from Smuggles and a toga wearing Heidi.