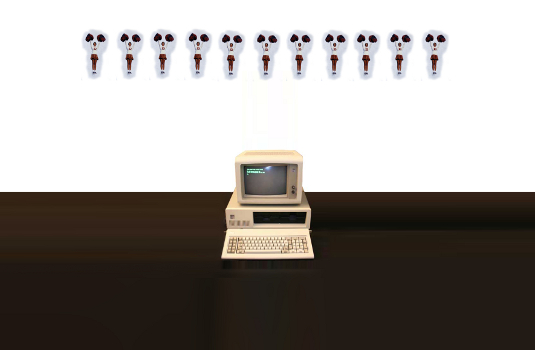 This Is Not An Exit have announced details of the forthcoming album from Detachments, which was produced by Simian Mobile Disco’s James Ford and is set for release on September 20.

The London based troupe led by creative force and singer Bastien Marshal have caused ripples of excitement on the more discerning dancefloors over the past few years with singles such as “Circles” and “H.A.L.” not least thanks to superlative remixes from the likes of Andrew Weatherall, Martyn and Ikonika.

The intriguingly noirish take on synth pop that was shown on those singles has been fully realised thanks to the involvement of vintage synth geek James Ford. Spanning eleven tracks that reference Minimal Wave, BBC Radiophonic Workshop and 80s UK synth acts such as Fad Gadget and Cabaret Voltaire, the eponymous album is steeped in existential undertones and disenchantment with the contemporary obsession with social climbing all portrayed with a deeply black sense of humour.

The album will be preceded by the enigmatic pop of “Holiday Romance” which is set for release on September 6 and comes backed with remixes from Cosmo (Bitches Brew), Glaswegian duo Wrong Island and Cave Paintings boss Andy Blake. The latter is worth special mention as it’s a sprawling acid house thumper that was recorded in one take by the ex Dissident boss and clocks in at a mighty 18 minutes.

Detachments will also be undertaking a UK tour in support of the album throughout September and October taking in the following cities and venues.

22nd – Portsmouth, Drift In The City