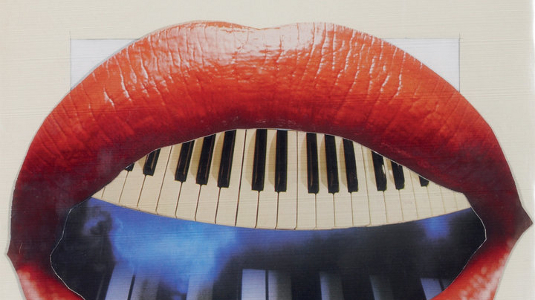 Next month sees the first release on Compost Disco, a new sub label from legendary Munich imprint Compost with the focus squarely on the campier Italo tinged end of the disco spectrum.

Once described in the hushed tones of Gilles Peterson as “the most consistent and forward thinking record label of continental Europe”, Compost have been operating for some 16 years now and have well over 300 releases under their belt from acts such as Funkstorung, Ben Mono and Truby Trio and currently operate no less than six sub labels.

Compost Disco launches with the first glimpse at the music moulded by Stefano E Bene at their “Happy Sunshine Studio” –  ‘Why Your Love’ sees the production duo team up with portly Italian queen Hard Ton (last seen on a very memorable record cover for IDJG) who provides some screeching vocals atop a suitably arpeggiated backdrop.

German jacking house legends Snuff Crew are on hand to remix, along with Hard Ton and Katzbatz – a side project between Stefano and the Cologne based DJ Catweasel.

‘Why Your Love’ drops on July 2nd across vinyl and digital formats with the latter exclusive to Juno Download.