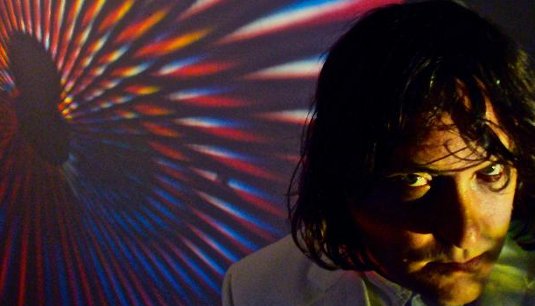 Hero to cosmic chin-strokers everywhere, Richard Norris has had his fingers in more musical pies than you’d care to imagine.

Norris has announced he will be releasing an eponymous full album under his Time & Space Machine moniker, out in March via the excellent Tirk imprint.

His previous releases have been an inimitable blend of cosmic disco, krautrock and psychedelia, a penchant for which he brings to the table when working as Beyond The Wizard’s Sleeve with Erol Alkan.

Norris said: “This is the first time I’ve made an album pretty much on my own. Apart from two days laying down drums with ace beatnik drum-lord Wildcat Will and a couple of vocal sessions, this record was pieced together solo over many months in a room beneath a castle in Lewes, Sussex, England. It’s a different dynamic making a record on your own, and allowed the record to grow in its own particular way.

“After years collecting, releasing, writing and thinking about psychedelic music, I’ve finally put my formative influences onto a set of tunes. I’ve been in love with psychedelia and freakbeat ever since I worked at the UK psych label Bam Caruso as a teenager, and I’ve really tried to mesh that influence with modern techniques to create something new.”