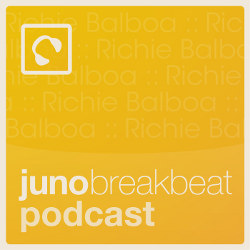 In a short space of time Richie has DJ’d for some of the most prestigious names in UK club music – from Global Gathering to Raindance – taking his unique style to clubs and festivals all over the UK, America, China and Europe, resulting in a nomination in the best breakthrough DJ category at the Breakspoll international breakbeat awards 2009.

Manager of NSB Radio since 2007, he helped it win the Breakspoll best radio station award 2008 and 2009, and has taken it to be the first and only completely live breakbeat radio station bringing in DJs from Canada, North and South America, South Korea, Japan, Australasia, India, Central and Eastern Europe, Russia as well as its home of the UK.

Subscribe for free in iTunes here and buy all tracks here.